"Shoulder pulling" involves literally bringing up the material along the sides of the roads up to and including the ditch bottom, watering and re-compacting the material to reshape and restore the crown of the road, reshaping the side slope and bringing the road back to Its proper width, as well as cleaning the ditch.

Shoulder pulling is a much more economical way of approaching road repair. The original purpose of this road maintenance procedure was to repair an existing constructed or rebuilt road that was pushed out over time and bring it back to its original specifications. However, the current program has been extended to improve “black dirt” roads which deteriorate more quickly due to the materials in the road.

September 9, 2021:  The shoulder pull contractor is now underway.  The contractor is working from North to South on the projects Shoulder Pull 2021 Projects.

Given that it is harvest time, the contractor is well aware of this and will make sure to inconvenience people as little as possible. They have historically done an exceptional job of getting people through the projects, even on roads they’re in the middle of working on.  Weather pending, they should be able to move quickly and get the jobs done in the next few weeks. 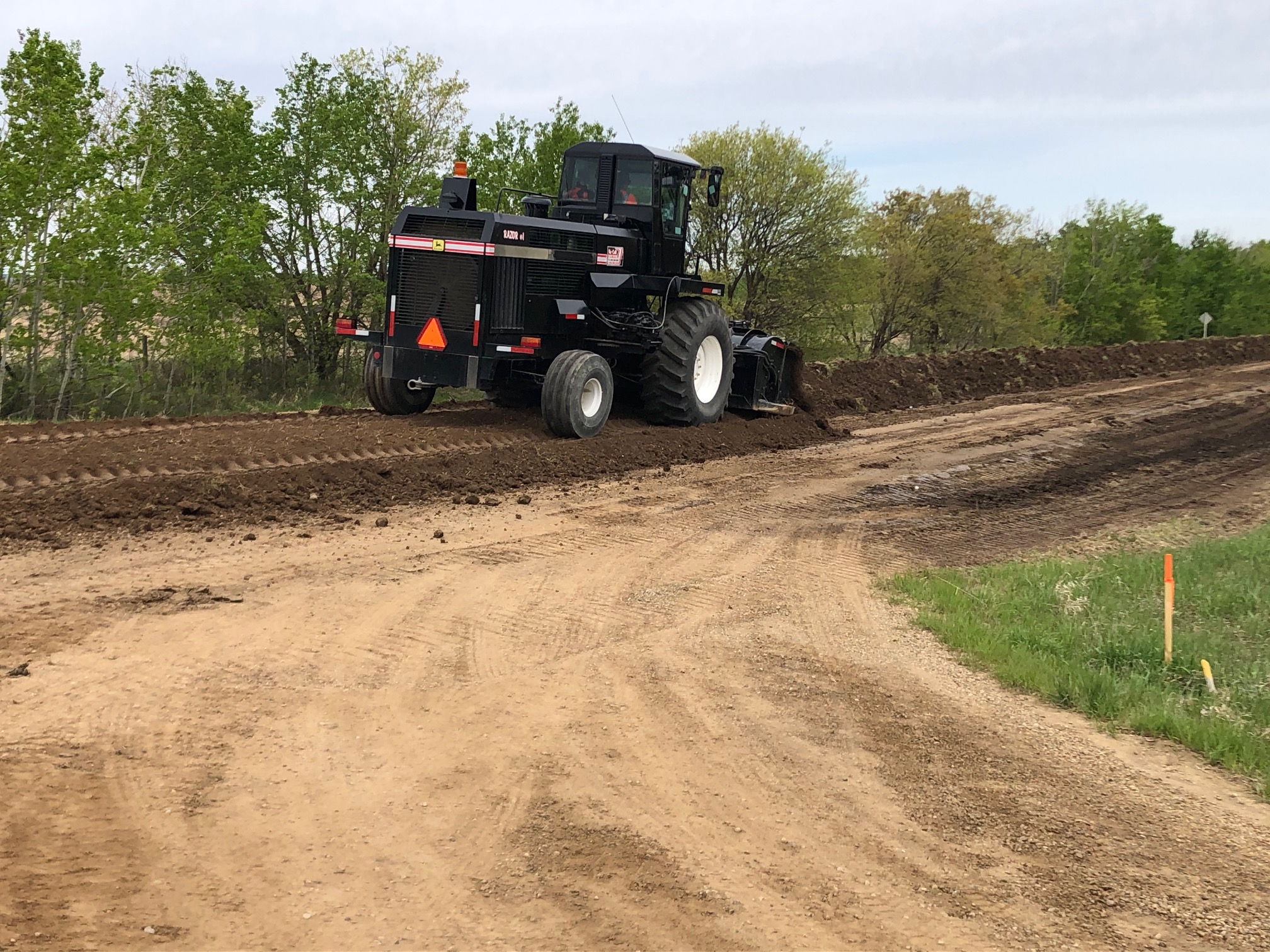