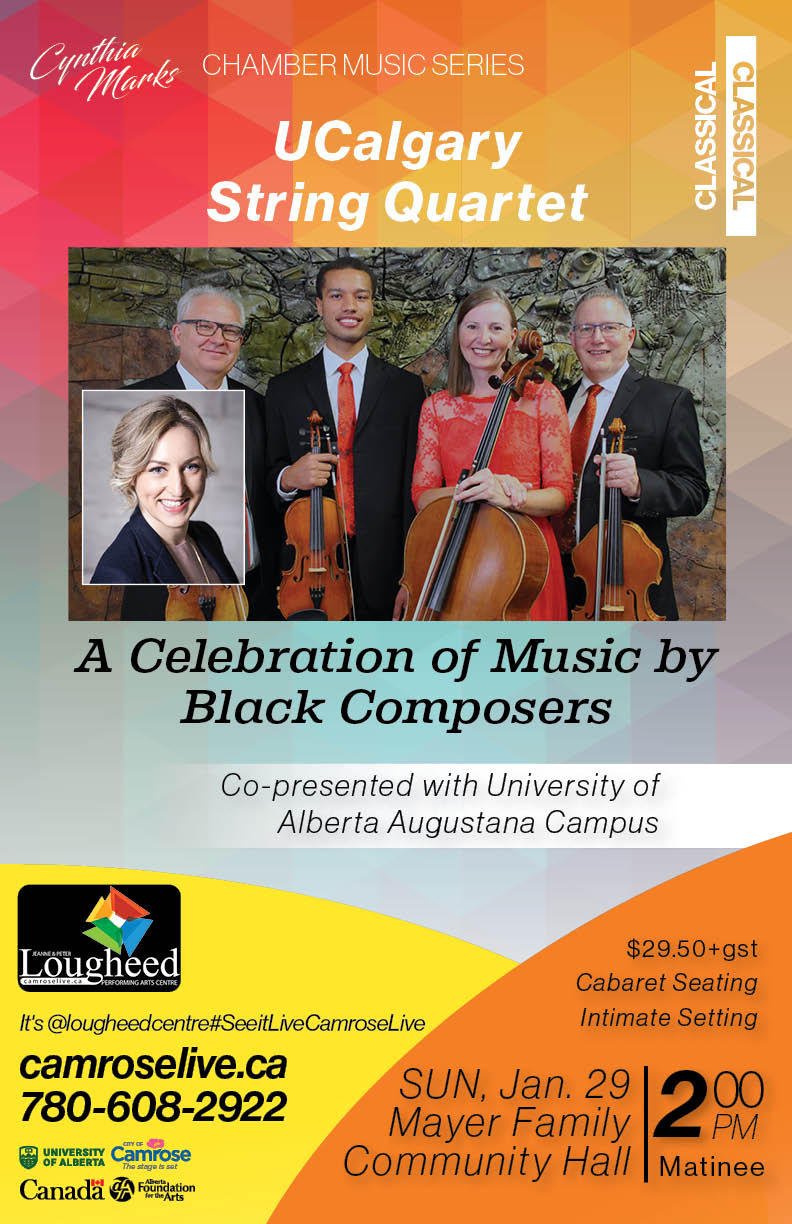 A Celebration of Music by Black Composers

“Their interpretation of the Beethoven and Mendelssohn was exhilarating, vibrant and full of energy. But above all, what left me amazed were the klezmer and folk music arrangements; such exciting music…”

The UCalgary String Quartet is the quartet in residence at the University of Calgary. The quartet has performed nationally and internationally and has been recorded by CBC Radio for regional and national broadcasts, Radio Europa, and the National Radio of Portugal. It has collaborated with many distinguished artists, such as a CBC Radio recording and national broadcast with Anton Kuerti, pianist.

The UCalgary String Quartet was nominated for the Instrumental Group of the Year Award at the Canadian Folk Music Awards and at the Western Canadian Music Awards (2008). The nominated recording, on the American label MSR Classics, is titled Far Behind I Left My Country – Klezmer and East European Folk Music – Arranged and Composed by Edmond Agopian. The recording has received enthusiastic reviews from radio broadcasters and magazines, including Fanfare Magazine (USA).

In 2020, after the horrific death of George Floyd, a series of concerts of music by Black composers was initiated at the University of Calgary in support of the Black Lives Matter movement. The UCalgary String Quartet has been part and integral part of this series.

The quartet’s repertoire covers a wide spectrum of music. As the resident string quartet at the University of Calgary, it has commissioned and premiered works by UCalgary composition faculty, graduate students and alumni. The quartet has performed the entire Beethoven, Shostakovich and Bartok string quartet cycles.

Part of the Cynthia Marks Chamber Music Series, recognizing The Open Doors as a community partner