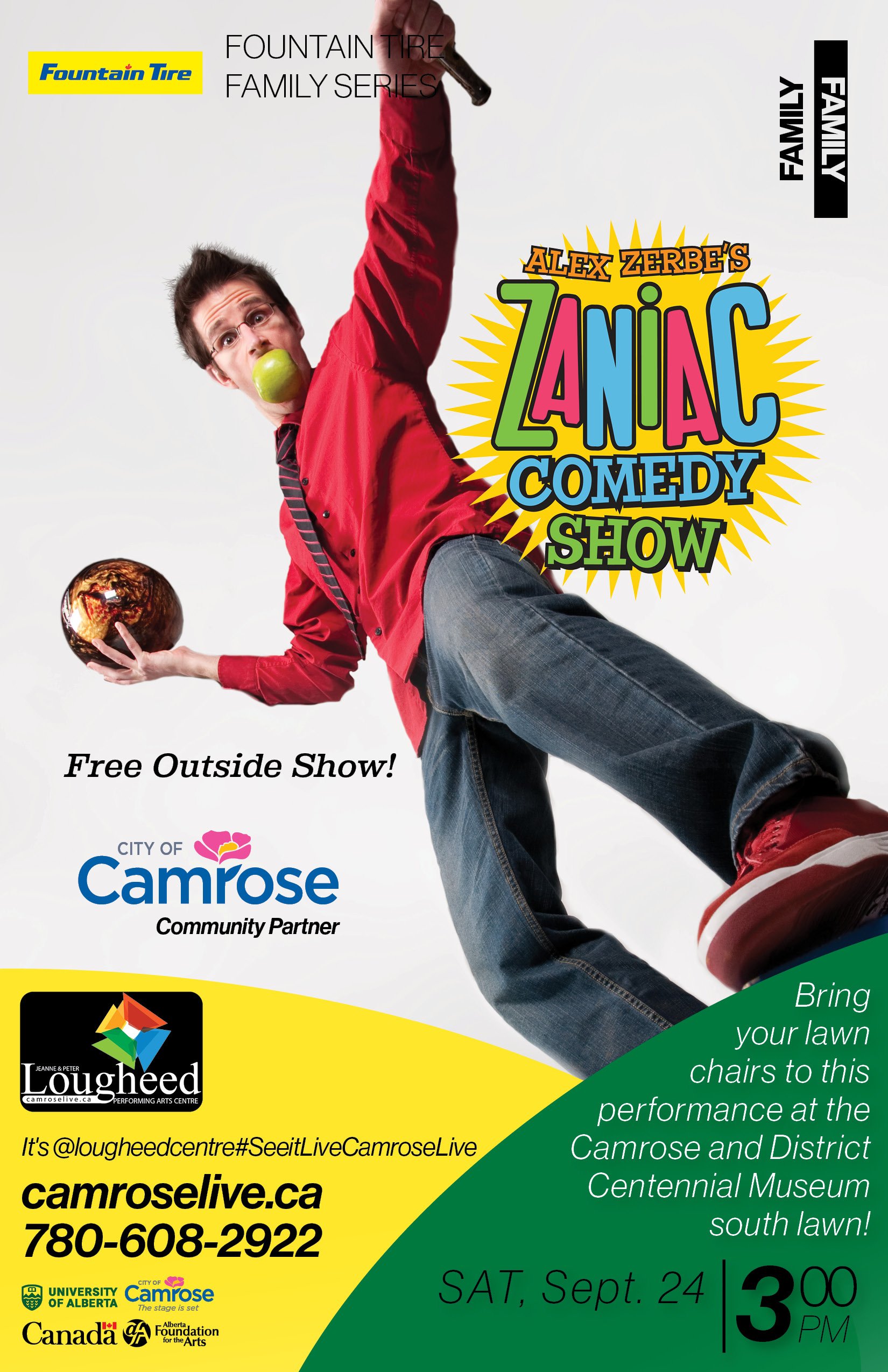 Bring your lawn chairs because this free community event is being held outside at the Camrose and District Centennial Museum south lawn! This event is co-presented with thanks to the City of Camrose.

When was the last time you laughed as hard as your kids?

With captivating amounts of energy, Alex Zerbe moves like a rubber band from one end of the stage to the other. Beatboxing, juggling, dancing, singing, music and magic are just a few of the things that led Piers Morgan of America’s Got Talent to call Alex, “The total package.” This week the two-time Guinness World Record holder performs his 60-minute show in Camrose.

The “Professional Zaniac,” whoʼs been cracking jokes onstage for almost 15 years, zigzags between physical stunts and non-stop comedy. During the show vegetables are sliced in half by flying playing cards, flaming torches and bowling balls are juggled with ease and every audience volunteer leaves the stage in triumph. A self-described “human cartoon,” his show isnʼt only for the kids in the family. “I try to make my show like the movie Shrek, super entertaining for the kids but there’s a whole other level of comedy for teens and adults.” says Zerbe.