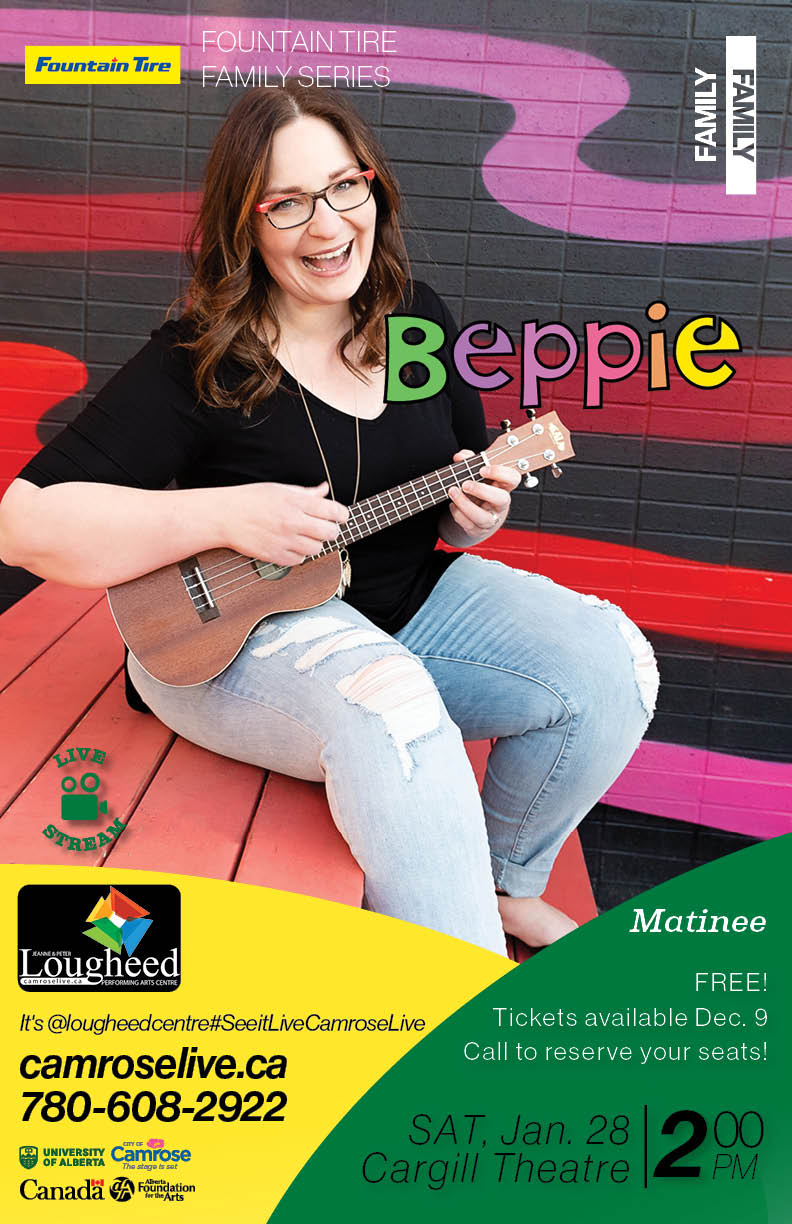 This is a free community event, however, you need a ticket to ensure a seat. Call the box office at 780-608-2922 to get your tickets, which are available starting Dec. 9.

Stephanie Nhan (Beppie) hit the children’s music scene in 2017 with her debut album; There’s a Song Inside Me. Since then, she has released three more full-length albums (and one holiday EP), receiving both a JUNO and a WCMA nomination. Her multi-genre family music is modern, fun, innovative, and pushes the boundaries of children’s music to appeal to all ages.

Album number four, Dino-mite!, was released in September of 2021. Along with the new album, Beppie released an award winning illustrated children’s book that follows the adventures of two dinosaurs, Larry & Joe, who are best friends on a funny, heartwarming, and musical journey. The production of Dinomite! was sponsored by FACTOR Canada, Alberta Music, and The Alberta Foundation of the Arts.

“Beppie deserves to be heard because her music is amazing, but moreover her heart is decent and kind. Kids need more of Beppie.”
The Edmonton Muse

Since the release of her fourth album, Beppie has received airtime on radio stations and playlists, including Carousel Radio (WPKN), Wee Nation Radio, Jump 105.3 Pittsburg, Funky Kids Radio (Australia), Play Time Playlist, and many more. Dino-mite! was included on the GRAMMY ballot for Best children’s album and has received rave reviews from her peers and fans. Beppie regularly collaborates with Albertan artists from her genre (Music with Mandy, Smilin’ Rylan, Mr. Rayz, etc.) and artists outside of her genre (Lusitania Lights, Mallory Chipman, Kevin Castro, Robyn Slack, etc.) to create new music and performance opportunities.