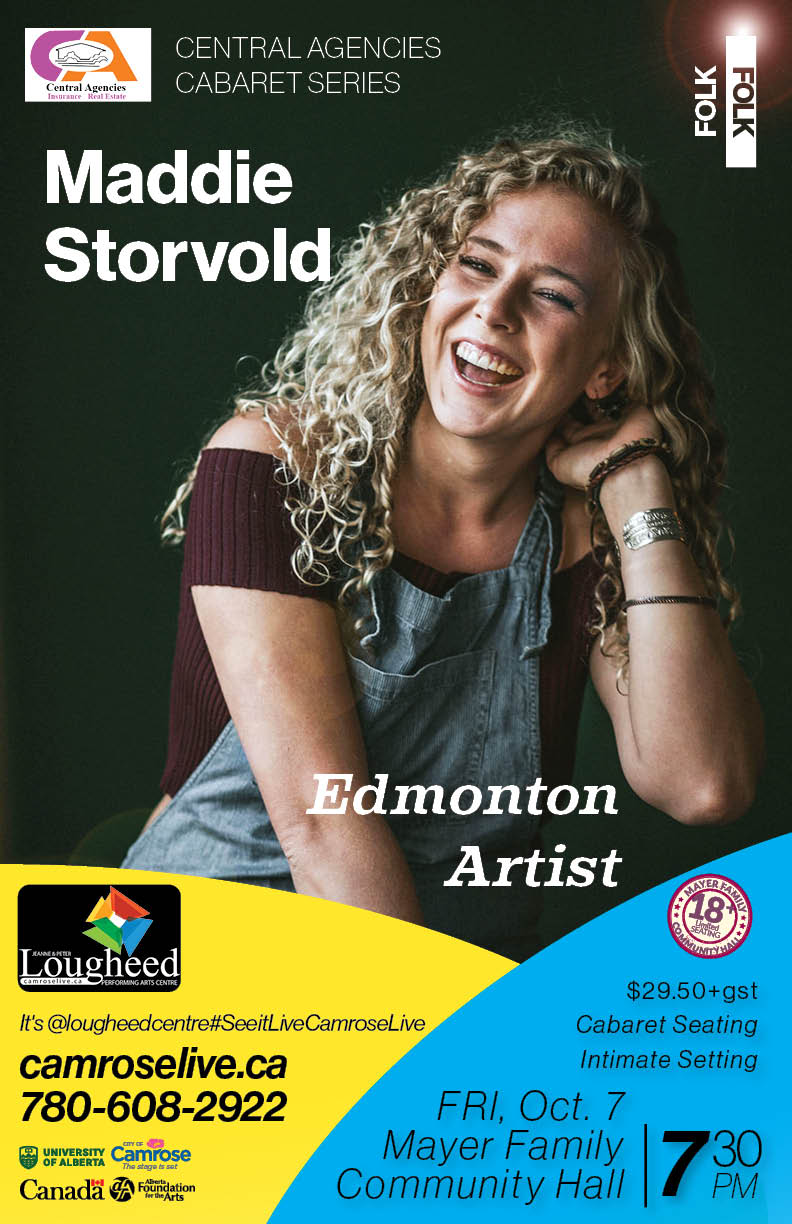 With the goal of “uniting the hippies and the cowboys” as Willie Nelson once did decades ago, Storvold is quickly finding her sure-footing in the shifting landscape at the intersection of Singer-Songwriter & Psych-Folk. In 2019, she won CTV’s The Launch, receiving the opportunity to record and release a ballad, “Don’t Say You Love Me”, written and produced by Bryan Adams. The single shot to #1 on the country charts in less than 3 hours, and peaked at #3 on the overall charts, surpassing Lady Gaga and P!nk. Her tenure on The Launch, and the impact of the single only supplemented her already-acclaimed catalogue of mature songs and dedicated fanbase in Western Canada.

Having a fascination with site-specific performance, Storvold has carved out a place for herself playing unique venues, including a 4-storey planetarium CD release, a mountain cave requiring the audience to spelunk into the show, a trampoline park, and a streetcar perched on a bridge above the North Saskachewan River. She has also showcased her songcraft in more conventional venues, such as the Edmonton Folk Fest, Canmore Folk Fest, Tiny Lights, Bear Creek Folk Fest, North Country Fair, Stampede City Sessions (airing to over 3.5 million unique viewers), and Wild Mountain.  She has also held official performances at BreakOut West, Folk Alliance, and most recently, Alberta Showcase.

The success of “Don’t Say You Love Me” led to a record deal with Big Machine Label Group, a national radio tour, and a songwriting residency in Nashville, TN. After 8 months of excitement, frustration, and an overall lack of willingness to conform to commercial country radio tropes, the folksinger parted ways with BMLG in February 2020, at the advent of the pandemic. Disheartened, untethered, and confined indoors, Storvold returned to her songwriting craft with the fervency and vigor that only a spurned artist can muster.  She signed a management deal with Arts & Crafts, and soon received funding to record a new set of mature, hopeful, and gritty songs, in her own voice and on her own terms.

With a new album on the way, and clarity on her direction in the industry, she is poised to make a true impact with the release of her upcoming project. She offers a catalogue of songs saturated with candour and depth, a lighthearted vulnerability, and a splash of piss and vinegar at the forefront of a new generation of storytellers.